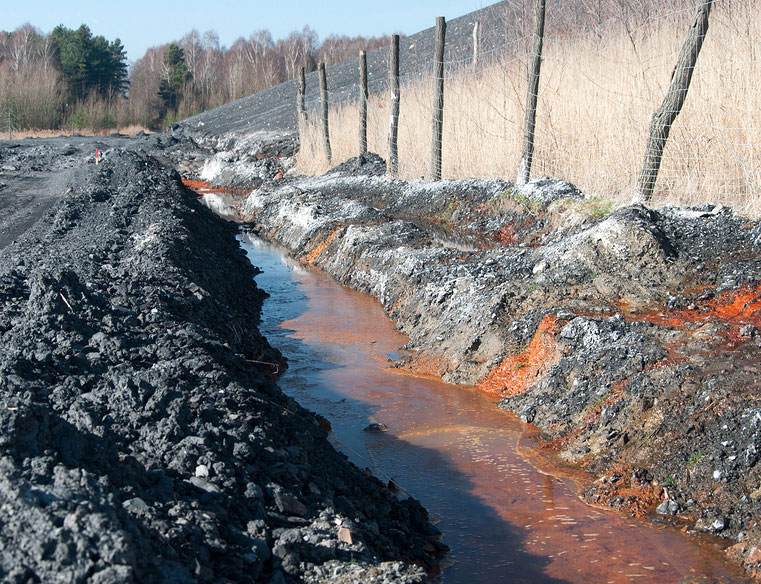 The livestock business is among the top most damaging sectors to the environment, contributing among other things to air and water pollution from:

Not only that, but significant amounts of water are required to produce the feed crops.  The widespread overgrazing also disturbs water cycles, reducing the replenishment of above and below ground water resources.

With increases in population, decreases in available land and water, and the massive amount of energy required for food production, the situation continues to worsen.  For each acre of land required for factory farming, we can produce food for 1 year for a child.  1/3 less is required if the child is a vegetarian/vegan.(1)

The sheer quantity of meat involved in our heavy animal-based diet has an enormously negative effect on the environment and on wasted resources. The grains alone consumed by livestock could feed 840 million people.  9 billion livestock are raised each year for animal protein consumption and this livestock consumes 7 times more grain than the entire US human population.(2)

It is more energy-efficient to grow grain and feed it to people than it is to grow grain and turn it into feed that we give to calves until they become adults, which we then slaughter and feed to people.  It takes half the energy to produce grass-fed beef than grain-fed feedlot beef.  If corn is raised by hand, it costs 500 hours/acre as opposed to 5 hours/acre for mechanically farmed corn, but the trade-off is that no insecticides or other dangerous chemicals have to be purchased and used, which means the soils are not destroyed, the food does not contribute to cancer, and it can be classified as organic.

The environmental impact of factory-farmed meat in the US is massive.  According to the World Health Organization, out of the 6.7 billion people, 3.7 billion are malnourished – that is nearly 60% of the population - even though obesity and over-eating is an epidemic.  This is because it has nothing to do with needing more meat and animal products to feed the nation.  How can we eat so much, and yet be so malnourished?  Because we not getting the nutrients we need as a result of our refined and heavily industrialized food chain:

The Agricultural Impact of Greenhouse Gases

The Food & Agriculture Organization of the United Nations (UN-FAO) attributes 18% of worldwide greenhouse gas emissions to the production and consumption of livestock.  This is a greater percentage of greenhouse gases than those produced worldwide by all the cars, trucks, buses, trains, and planes combined.

This figure is likely much higher as scientists become increasingly willing to include overlooked sources of greenhouse gas emissions associated with animal agriculture.

The livestock sector accounts for 37% of all human-induced methane (23 times as warming as CO2), which is largely produced by the digestive system of animals, and 64% of ammonia, which is a significant contributor to acid rain.

In the US, millions of cattle, sheep, and chickens produce thousands of tons of manure each year.  In fact, a single full-grown cow will produce 10 tons of manure alone each year.  Raising livestock is also a major source of land and water degradation. "Livestock is one of the most significant contributors to today's most serious environmental problems," senior UN Food and Agriculture Organization (FAO) official Henning Steinfeld stated. "Urgent action is required to remedy the situation." 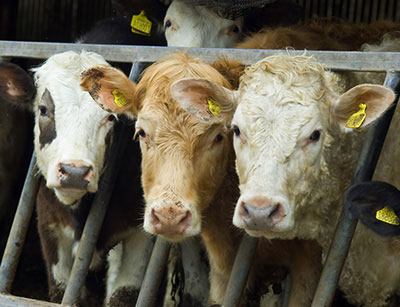 Agriculture is by far the largest user of land.  Livestock now uses 30% of the earth's entire land surface, mostly permanent pasture, but also including 33% of the global crop-growing land used to producing the feed for this livestock.

Forests are continually cleared for even more grazing areas and are a major cause of deforestation, especially in Latin America where, for example, some 70% of former forests in the Amazon are now grazing pastures.  At the same time, herds cause wide-scale land degradation through overgrazing, compaction, and erosion.  The impact is worse in dry lands where inappropriate livestock management contributes to dry land desertification.

Livestock's presence and its demand for food crops also contribute to a loss of biodiversity.  15 out of 24 important ecosystems are assessed as in decline, with livestock identified as a culprit.

Other negative effects on the environment include:(3)

Erosion
Each year, worldwide we lose 25 million acres of cropland.  Each cow alone consumes approximately 25 lbs. of corn each day.  In the USA, we lose 11 tons/acre/yr. which is 11 times faster than soil forms.  This is not sustainable.

Deforestation
Cattle ranching is the leading cause of deforestation in the Brazilian Amazon.

Loss of Biodiversity
15 out of 24 important ecosystem services are assessed as in decline due to agricultural impact.

Antibiotic Use
80% of antibiotic use in the US is used by the agricultural industry, fed to farm animals to prevent sickness from the unsanitary and abusive conditions they are raised in.