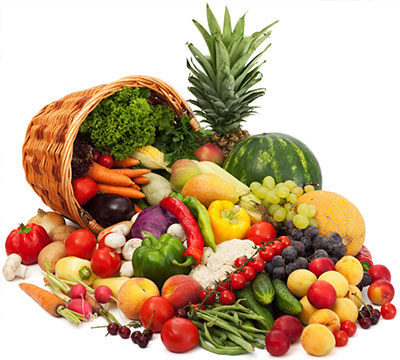 A raw food diet is a diet that is predominantly comprised of unprocessed, uncooked foods, or food that are prepared below 118°F.

There are two common misconceptions about the raw food diet:

These two misconceptions are common among nutritionists and dietitians who have not educated themselves on the subject of raw food living.

On a healthy, raw food diet, most foods are eaten whole and fresh, but they can also be fermented, dehydrated, sprouted, or freeze dried.  As long as the food is prepared below 118°F it is considered raw, with its enzyme and nutrient content undamaged.  Some consider a slightly higher temperature acceptable as food enzymes are destroyed between 120-160°F.

When you want to achieve a quantum leap in not only your health and longevity, but a higher vibrational state that brings you clarity of mind second to no other dietary philosophy, then it is time to explore increasing the amount of raw foods into your diet.

There are three main variations of a raw food diet:

The nuts and seeds sold in supermarkets are not typically raw.  The raw kind are available from most health food stores and are clearly labeled as "raw" on the front of their packaging.

Interest in the raw foods movement is growing steadily, with a large selection of books being published on raw food preparation and recipes, as well as restaurants now opening throughout major US cities exclusively offering gourmet raw food dishes.  There is overwhelming evidence that the majority of our natural biological diet should be secured from raw fruits and vegetables in their whole and natural state, with their fiber, nutrients, and food enzymes intact.

Similar to other diets, it is very important to understand that eating raw foods is only one of the essential factors when it comes to radiant health.  Managing your level of stress, and balancing all areas of your life are just as important.

The majority of raw foodists do not include raw meat or eggs in their diet, but some include raw fish (sushi).  Many others include raw dairy products as they have become much more widely available.  With raw cheese now being sold in many health food stores and supermarkets (Organic Valley is one of the most popular brands), many raw foodists include cheese.

Raw milk is sold in stores in several states throughout the US, but is illegal in others.

The health benefits of raw dairy...

Raw food meat and dairy eaters believe that these foods should come from healthy sources such as pasture-raised meats, wild game, and eggs from pasture-raised chickens, as opposed to factory-farmed meat fed an unnatural diet of grains and genetically modified feed products.  It is interesting to note that most diets of long-lived traditional cultures included raw meat and dairy products, some in very large quantities.