When it comes to pet food, raw foods are much more nutritious, and can relieve your pet of many allergies resulting from ingredients in commercial kibble such as genetically modified corn, wheat, or soy.  Canines are not biologically built to consume high carbohydrate diets such as those in processed kibble (often in excess of 50%).  Many Naturopathic vets recommend a balanced raw food diet for dogs.

Canines are naturally designed to eat raw food diets.  They have short digestive tracts and their stomachs are much more acidic than a human's stomach, which makes it much easier for them to digest and assimilate a raw meat or fish diet.

Why Some Vets Are Against Raw Foods

Are their concerns are valid?  Absolutely!  Just as there are many people that do not understand or follow the principles of a healthy human diet (resulting in obesity, heart disease, diabetes, and other chronic diseases), there are many pet owners, however well-meaning, that feed raw food diets to their pets without understanding the importance of balanced nutrition and food safety.  Vets are justified in their concerns against raw diets.  There are however some traditional vets (as opposed to those with a natural or holistic approach) that do not recommend raw diets based on a lack of knowledge or understanding of how important raw nutrition is.  If your vet does not advocate raw foods, then my recommendation is to find a vet that does.

What Is A Raw Food Diet

Also known as BARF (Biologically Appropriate Raw Food), a raw food diet consists of only raw ingredients that are considered biologically appropriate for your pet.  It means not feeding your dog or cat any cooked and or processed food (especially the highly processed commercial kibble). 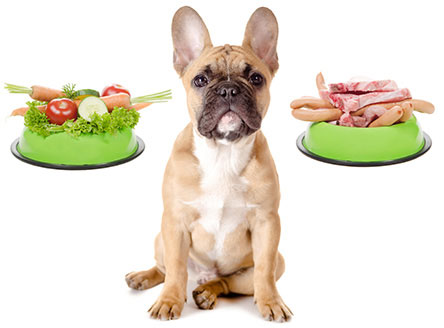 The ingredients mimic those that would be eaten in the wild by canines in their natural habitat, basically whatever nutrition can be derived from a whole, fresh raw carcass in its entirety, which includes the meat, organs, tripe (intestines), bones, some skin and hair, and stomach contents (typically foods of plant origin such as grass and berries).  The nutrients found in bones and bone marrow are an important requirement in a balanced raw food canine diet.

The BARF philosophy is simply that dogs or cats eat what they have evolved to eat - namely raw foods.  This is also the dietary philosophy accepted by most zoologists concerned with preserving any endangered animal.

Benefits of a Raw Food Diet

Let's take a look at some of the important health benefits of a raw food diet:

There is no denying it.  Whichever side of the raw or cooked fence you sit on, when food has been cooked and processed, its nutritional value is diminished.  Many vitamins, micronutrients, and enzymes that help your pet predigest the food they are eating are completely destroyed during the processing and cooking of commercial pet foods.

Minerals are able to withstand high heat and processing to a greater degree, but the proteins in food are especially affected by high heat and become denatured, contributing to food allergies, sensitivities, and inflammatory bowel disease.  This is a reason many health conditions often clear up on a raw food diet.  Raw foods contain all the vitamins, minerals, enzymes, and other nutrients intact.

Cooking does increase the digestibility of grains and starchy vegetables, but these are two things that should be in your pet's food in very small quantities.

Naturopathic vets and natural healthcare practitioners often recommend a raw food diet for dogs with medical problems such as skin conditions, allergies, or immune problems.  Sometimes the reason for the health improvement is not just related to the fact that the food is raw (even though it is undeniably more nutritious than its cooked counterpart), but because the key ingredients in the commercial pet food that are causing the problem have been eliminated.  This success can also be accomplished with a home-cooked diet and treats, or carefully chosen commercial foods that eliminate the offending ingredient(s).

Feeding our pets heavily refined pet food is like feeding ourselves heavily refined foods - it contributes to chronic and degenerative diseases and ages them sooner.  Many ingredients in these foods are not appropriate for our pets.  Corn, wheat, and soy are NOT biologically appropriate foods for dogs and cats!  When you remove them from the diet, pets will often do much better and recover from all sorts of ailments.   Add to the fact that most corn and soy products are genetically modified, there is even greater concern.

Independent health studies are showing reasons we should be gravely concerned about genetically modified organisms in both our and our pet's food chain.

Owners who feed their dogs raw food diets have reported firmer stools, healthier appetites, a clearing up of skin conditions, and an overall vigor and vitality that was not present on a commercial diet.

It is no accident that canines in the wild have beautiful, shiny teeth and healthy gums.  This is the result of chewing the various parts of a carcass, including the boney and sinewy parts that help clean and floss their teeth and massage their gums.  Raw food diets do not stick to teeth as compared to processed kibble diets, resulting in much less tartar buildup.  This is because kibble diets contain artificial chemicals, pesticides, herbicides, various lab-made chemicals, fat sprays, and much lower moisture content that cause their teeth to become stained yellow and brown in color, contributing to tooth decay and gum disease.

Let's also take a look at the concerns of feeding a raw food diet:

A reputable raw food pet manufacturer takes very stringent measures to ensure the risk of contamination is as low as possible.  There is no 100% guarantee that no pathogens are present, just as there is no 100% guarantee that your commercially cooked pet food will be recalled tomorrow due to some form of contamination that poses a health risk (unfortunately, it happens all the time).  These days, recalls are constant, and buying food with ingredients from China is like playing Russian roulette with food.

The truth is that when you buy meat from a reputable source, especially if it's organic (due to much more stringent food handling requirements), and if you handle it correctly, the risk of food borne disease is extremely low.  This is because the stomach of a dog or cat is much more acidic than ours is, and it is more efficient at killing pathogens.  With proper care and handling, any risk of contamination is dramatically reduced.

Statistically speaking, there have been a far higher number of recalls for commercially cooked kibble than for raw foods.

This is the more serious concern.  Feeding your pet chunks of raw meat or fish doesn't cut it and will likely result in deficiencies including potassium, iron, copper, manganese, zinc, iodine, vitamins, essential fatty acids, phytonutrients, and antioxidants.  In the wild, these elements all come from the various body parts of prey that play an integral role in raw food nutrition.

Feeding an unbalanced raw food diet can put your pet at risk for serious nutritional imbalances such as osteopenia (low bone density).

If using a commercially prepared raw frozen food, it needs to be defrosted daily before use.  It is easy to forget and then scramble to defrost enough for a meal.  If you are preparing the food yourself at home, all of the necessary nutritional elements must be present in the meal and this not only requires some education, but the ingredients can take some organization and coordination.
Cost...

High quality raw foods prepared by pet food manufacturers can be expensive.  For those of us who are on a budget, this can pose quite a challenge.  Consider supplementing a healthy commercial or home-cooked diet with the addition of some raw food.  An example would be purchasing 1 lb. of organic full fat ground beef and mix it in with the kibble over several meals.  Full fat beef is much cheaper than lean ground beef.

Always keep the meat refrigerated, handle carefully, and used by the due date. 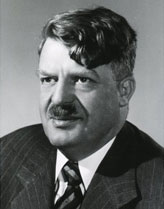 In 1945, Dr. Francis Pottenger published a long-term study of 900 cats over a 10 year period that compared the health of cats on a raw food diet vs. a cooked diet.(1) & (2)  The results of the study were carefully recorded:

"The cats receiving raw meat and raw milk reproduced similarly healthy kittens from one generation to the next.  Abortion was uncommon.  Litters averaged 5 and the mother cats nursed their young in a normal manner.  These cats had strong immunity to vermin, infections, and parasites.  They possessed excellent equilibrium and behaved in a predictable manner.  Their organic development was complete and functioned normally."

"The cats receiving cooked-meat scraps reproduced unequally healthy kittens, each kitten of the litter being different and abnormal in skeletal pattern.  Abortion in these cats was common (25% in the first generation, 70% in the second generation).  Deliveries were in general difficult, with some cats dying in labor.  Mortality rates of the kittens were high, frequently due to the failure of the mother to lactate.  The kittens were often too frail to nurse.  At times, the mother would steadily decline in health following the birth of the kittens, sometimes dying from some obscure tissue exhaustion about 3 months after delivery.  Others experienced increasing difficulty with subsequent pregnancies.  Some failed to become pregnant."

‘‘The cats fed cooked meat were irritable.  The females were more hostile to handle, occasionally viciously biting the keeper.  The males were more docile, if not actually unaggressive.  Sex interest was reduced.  Vermin and intestinal parasites were very common.  Skin lesions and allergies were frequent, being progressively worse from one generation to the next.”

Dr. Pottenger then went on to take the degenerates of later generations and feed them raw food.  In a matter of 3 to 4 generations, the regenerating animals evidenced improved health and few irregularities.  It took, he concluded, a full 4 generations to regenerate their health significantly.

Dr. Pottenger’s closing words were:  “What vital elements were destroyed in the heat processing of the foods fed to the cats?  The precise factors are not known.  Ordinary cooking precipitates proteins, rendering them less easily digested.  Probably certain albuminoids and globulins are physiologically destroyed.  All tissue enzymes are heat liable and would be materially reduced or destroyed.  Vitamin C and some members of the B complex are injured by the process of cooking.  Minerals are rendered less soluble by altering their physiochemical state.  It is possible that this alteration of the physiochemical state of the foods by heating them, may be all that is necessary to render them imperfect foods for the maintenance of health."

Similar results were found during long-term research studies on the effects of microwaving food.  Not only were many of the nutrients destroyed, but these foods were also shown to have a detrimental impact on the blood and various systems of the body.

Microwaves - Why you should ditch them!...

In this section...
In other pet sections...
View Sources & References