Developed by British physician Dr. Edward Bach, Bach flower remedies (also known as Bach flower essences) are considered a gentle, non-toxic, and subtle method of healing with no known side effects to the active ingredients.  The remedies are based on the concept that our natural state is to be healthy, and that situations in everyday life cause emotional imbalance.  These imbalances may ultimately lead to physical illness.  By using either one of a combination of 38 flower essences, the internal healing mechanism of the body is stimulated and the emotional imbalance is then corrected.

The concept behind the healing ability of each flower remedy is based on principles very similar to that of Homeopathy.

Remedies are chosen based on their association with specific emotional characteristics.  For example, the flower remedy “scleranthus” represents the characteristics of someone who vacillates and who is indecisive, nervous, impulsive, restless, erratic, easily distracted, and experiences wide mood fluctuations.

Although remedies are often used to treat an imbalance, they can also be used as a preventative measure by using them in our everyday lives.  In this case, remedies are chosen depending on fear-based emotions we experience from our personality characteristics.

Bach flower remedies can be used safely on babies, pregnant women, the elderly, on animals, and even on plants.  The preparation methods leave no trace of the original plant, therefore allergies to the plants used in the remedies should not pose any danger.

Dr. Edward Bach (1886-1936) was a British physician who focused his efforts on bacteriology and immunology.  He successfully isolated 7 types of bacteria that were commonly found in chronic diseases and prepared various vaccines using these bacteria.  Growing increasingly dissatisfied with traditional medicine and its treatment of individualized symptoms, he believed that the emotional state was directly linked to either a state of well-being or illness, and to physical symptoms of illness.  Bach discovered that by tracking down an imbalance/illness to its emotional source, a patient could be healed before physical symptoms manifested.

In July, 1917, Bach collapsed and began hemorrhaging.  A malignant tumor was removed from his spleen and he was informed that he had several months to live.  Refusing to accept this diagnosis, with the power of his mind and his belief in his sense of purpose for what he had yet to accomplish, Bach underwent a full recovery in 3 months. 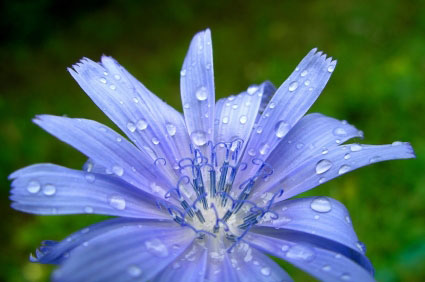 After his recovery, Bach took a position at the London Homeopathic Hospital (now known as the Royal London Hospital for Integrated Medicine).  He had already began studying the philosophy of Homeopathy when he read “Organon” by Samuel Hahnemann, the founder of Homeopathy.  The idea in Organon of using remedies based on understanding the "totality of symptoms" including personality, and emotional and physical states, became the basis for Bach's further work.  He began to prepare natural vaccines using Homeopathic methods based on 7 groups of bacteria he had isolated.  These vaccines could be taken by mouth rather than by injections.  He also matched each group of bacteria to specific inharmonious emotional states.

In 1920, Bach opened a private practice in London where he offered free treatments to the poor.  Realizing that only certain symptoms could be treated with the 7 groups of bacteria he had isolated, Bach realized that he had to seek out new preparations and use a more natural and purer method of making these preparations instead of using bacteria.  He focused on replacing the bacteria with plants, using method of remedy preparation similar to Homeopathy.  Bach discovered his first 3 plants in 1928, and quickly realized that these new plant remedies were different; they appeared to work directly on the emotions, which meant they could treat a far greater range of people and conditions.

By 1930, Bach had sold his practice to devote himself to the full time research of which flower remedies corresponded to different personality types and emotional imbalances.  Working with his assistant Nora Weeks (Bach’s successor and subsequent co-author of “Bach Flower Remedies:  Illustrations & Preparations," Bach explored various regions of the UK before settling down in Oxfordshire.  During a 4-year period, he discovered a further 35 remedies, totaling the 38 Bach flower remedies.

Despite threatened expulsion from the medical association for his views, he offered the remedies free of charge to two large Homeopathic pharmacies in London, requesting them to be sold as inexpensively as possible.

In 1936, Bach announced the completion of his work and began to plan lectures about his findings.  He died on November 27, 1936 in his sleep at the age of 50.

The use of Bach’s remedies have since spread throughout the world.  Their availability is now widespread and they can be found in health food stores, supplement stores, and online.  Many naturopathic and natural healthcare practitioners (both human and vet) use and prescribe these remedies.  The former New York Commissioner of Mental Health, J. Herbert Fill, was in favor of using Bach flower remedies in his psychiatric practice rather than using tranquilizers that often produced adverse side effects.  In Europe, students can attend university courses on the remedies.

Bach believed that the body maintains its own state of internal balance and health.  When this balance is compromised, the body becomes susceptible to various illnesses, bacteria, and viruses that it would otherwise defend against quite naturally.  This is why several people can be exposed to a virus, yet only some become ill.  Some people never appear to get sick, while others catch whatever may be around them.  Bach felt there was a direct correlation between a person's health and the individual personality and the emotions they expressed.

The more happy, uplifted, and fulfilled a person was, the more he noticed a sense of general health and well-being.  When they did become sick, they appeared to recover quicker and more completely.  The more frustrated, unhappy, and unfulfilled a person was, the more susceptible they appeared to sickness, and the more chronic the disease experience.  Based on these observations, Bach believed that treating a person according to their emotional state would help resolve the emotional imbalance, in turn triggering the body’s ability to naturally heal itself.

Even though these notions were quickly rebuffed by traditional medicine, today there is no doubt that many conditions are stress-related, and that happy people tend to live longer and healthier lives.  It is now medically recognized there is a biological link between emotional health and the immune system.  This branch of medicine is called psychoneuroimmunology (PNI).

How stress damages the body...

It is not medically known how the remedies affect the body, only that they do.  Although no full-scale clinical trials have been conducted to date, studies have been formally conducted by several medical doctors in Italy showing conclusively the impact of the remedies on the body.  One theory is based on vibrational frequency.  The different organs and systems of the body vibrate at a high frequency.  Each disease also vibrates at its own resonant frequency, which is lower than that of the body's.  The frequency of the body can be lowered by many things, including our stress level and our diet which makes us more susceptible to illnesses that vibrate at lower frequencies.  The higher vibration of the flower remedies may cause a corresponding change within the body where it begins to vibrate again at a higher frequency.

The energetics of food, disease, & the body...

Remedy effects are very subtle.  Provided the right flower remedy has been chosen, the process of harmonizing the imbalance begins to occur naturally and immediately as the body becomes more in tune with its natural state of health.

Bach flower remedies come from the flowering parts of plants, bushes, and trees.  There are a total of 38 remedies, all of which were found to resonate at high vibrations.  Plants with high vibrations are differentiated from other plants in that they heal at a higher level.  Bach called these higher vibrational plants “plants of a higher order.”  None of the 38 plants used contain any poisonous substances, nor do they produce food. 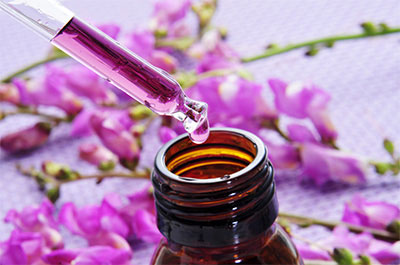 Bach felt it important to collect these plants from the wild, rather than cultivate them en-masse where their subtle energies would be weaker.  Today, these flowers are still collected from the Thames valley in England where Bach originally discovered them, and from The Bach Centre and its nearby natural preserve.  Olive and vine remedies were originally prepared in Switzerland and Italy, though today are more commonly provided from Spain.

Plants are used that bloom in the late spring or summer.  When in full bloom, as many plants as possible are collected of the same variety and at the time of year when the sun is the strongest.  The plants are carefully picked when they have reached their fullest development during the sunny part of the day.  Care is taken that the blooming parts of the plant do not come into direct contact with the skin to weaken or alter their vibration.  The remedies are prepared immediately so that as little energy as possible is lost.

To extract the energetic properties from the plant, two methods are used:

The resulting mixture is called the “mother tincture.”  Two drops of the mother tincture are then added to 30 ml of 27% proof brandy.  This is the strength of “stock remedies” available to the public.  No other ingredients exist in the remedy, except for the plant, water, and brandy.  This strength translates to every 10 ml bottle containing 2/3 of a drop of mother tincture with brandy.