There is hardly a child born now in the western world that does not need braces, or suffers from cavities and other dental problems.  Why is it that children's teeth these days seem so bad?  Why do they grow so crookedly and require braces to straighten?  Why are they filled with cavities?  And why have we come to assume that this is OK - the way it should be?

Many parents are unaware that the supply of calcium a child needs to assist in the growing of healthy teeth and bones comes from both the quality of mom's food before birth, not just baby's food after birth.

A bad or nutritionally deficient diet in an infant, child, or pregnant mom will directly affect the structure and health of a baby's face, jaws, and teeth.

Even back in 1927, doctors saw the correlations between diet and teeth health that gave us some important answers. 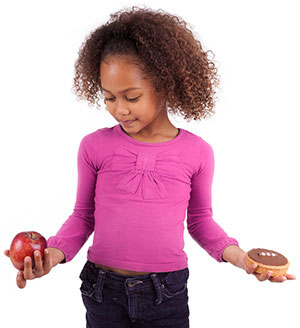 Tooth decay was originally attributed to bacteria and to acidic products on the teeth (which coincided with the germ theory and Louis Pasteur).  But cavities and malformed teeth are much more attributed to an incorrect diet than to simply not brushing teeth.

We teach our children that tooth decay is due to germs and that they need to scrub their teeth daily.  We take them for dental check-ups every 6 months (or yearly) to see if there are any signs of decay.  We buy toothpastes and mouthwashes that contain all sorts of chemicals and then tell our children to fill their mouths with these chemicals.  The problem is that parents often neglect to educate their children on the single most important part of having healthy teeth - their diet!

A cavity indicates that a problem exists that needs to be addressed.  Treating the cavity is fixing a symptom, not a cause.  If your child has a cavity, take a look at what they are eating on a daily basis and make the appropriate changes.

It is not difficult to see why our dental health suffers with today's industrialized food.  Let's take a look at the SAD (Standard American Diet) that is eaten by most Americans, and fed to millions of children that directly affect their dental health:

The dense nutrients available in natural, whole foods that are so important for a healthy body are either completely missing or are fed in such tiny quantities that they may as well be considered condiments.

Dr. Weston A Price was a dentist in Cleveland nicknamed the "Isaac Newton of Nutrition" who noticed many dental deformities in the 20s and 30s.  In looking to track down the source of these deformities, Dr. Price traveled the globe and visited various cultures to discover what their diet consisted of.  He counted cavities and dental deformities, described the diets they ate, and tested their foods to determine its nutrient content.

The villages he studied included the following, and his research findings were published in peer review journals:

In all the native societies he studied, Dr. Price found beautiful straight teeth, little to no tooth decay, and children who were healthy, strong and alert.  No dental deformities were found, and no cancer was evidenced whatsoever in either adults or children when eating their traditional foods.

A first weaning food in many of these cultures was liver - and these babies slept well and did not cry.  Their bodies were strong and healthy, and their emotional temperament was even.  Their foods provided at least 4 times the amount of calcium and other minerals, and at least 10 times the fat-soluble vitamins from animal foods such as butter, fish eggs, shellfish, and organ meats as compared to today's westernized diet.  The healthiest tribes he visited incorporated some raw animal foods in their diets.

But the moment their diets were altered to include other food sources and westernized processed  foods, tooth decay began to occur.  This provided an important clue that tooth decay is a sign of a poor diet.  Dr. Price discovered that children who exhibited tooth decay and altered facial and mouth structure did so as because of deviating from traditional diets in favor of a more modern and nutrient-deficient diet.  Western disease entered the picture when these individuals visited westernized locations and ate the "modern, new foods."  He also noted that recovery from illness was experienced when these individuals went back to their traditional diets. 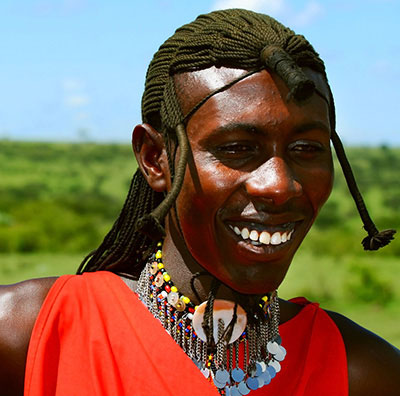 Dr. Price explained that the first bones affected by a poor diet are the maxilla bones (forming the upper jaw and lower cheek) which should be broad.  Broad faces lead to uncrowded, straight teeth.  A wide, round pelvic opening is also another bone structure that suffers without proper nutrition; a smaller, oval pelvis leads to difficult childbirth.  He also found that the trend towards physical degeneration can be reversed, but that it usually takes more than one generation to accomplish this.

If parents eat a healthy diet, then they have a better chance of having children with straight teeth and clear eyesight.

What Was This Magical Diet?

Depending on the part of the globe Dr. Price visited, foods eaten were varied:

Vegetarianism was extremely rare in traditional cultures, although some were semi-vegetarian and consumed only small amounts of meat and/or dairy.  For centuries, most cultures have been eating animal protein, including the Eskimos, Native Americans, Africans, Europeans, Chinese, and Tibetans.  But this animal protein was usually eaten raw, the dairy was never pasteurized, and neither contained the dangerous chemicals in today's factory-farmed meat.

Some of these cultures regularly experienced vibrant health well into old age that exceeded 100.  Even though the foods eaten by these traditional cultures varied, they did have some very important things in common that provide us with clues to the secrets of their health and longevity:

In this section...
In other sections...
In This Section