Why the Sudden Gluten Epidemic?

Why the Sudden Gluten Epidemic? 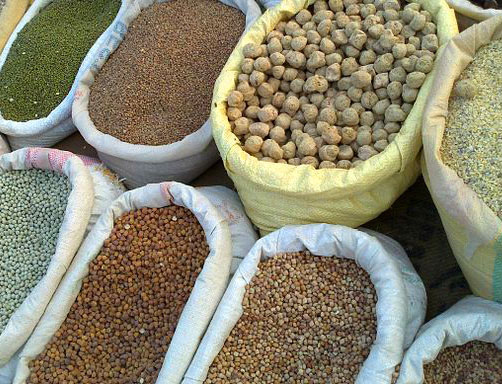 Grains are so complex and full of so many different compounds that scientists today are still largely unsure which components of the grain are responsible for what benefits.  One thing we do know is that whole grains are a very important ingredient in various traditional diets of cultures devoid of the diseases we suffer from today in our westernized world.  There is also evidence that cereal grains have been consumed by early humans as early as 200,000 years ago.(1)  But these grains were very different to the grains of today.  They were simpler, non-hybridized, and not genetically modified.

What exactly is gluten anyway?...

Traditional cultures also knew how to prepare their grains using fermentation, soaking, and/or germination to not only optimally absorb their nutrients, but to also reduce or eliminate anti-nutrients such as phytic acid.

Gluten Then vs. Now

The problem with the gluten question is that many people are too busy focusing on cutting out gluten, rather than looking at why gluten has suddenly become an issue.  It never used to be.  The prevalence of undiagnosed celiac disease has increased dramatically in the US during the past 50 years.  Upwards of 3 million Americans now suffer from celiac disease, with another 18 million from non-celiac gluten sensitivity.(2)  It is also important to note that many other forms of chronic disease have also dramatically increased during the same time frame, including diabetes, heart disease, cancer, autism, osteoporosis, and a long list of autoimmune disorders.

The gluten in our food chain today is nothing like the gluten of old.  As little as 30 years ago, allergies and reactions to food items were largely non-existent, with gluten intolerance unheard of.  30 years ago, peanuts allergies were very rare, and yet today, peanut and similar food allergies are a serious health issue.

Food allergies and intolerances are not just on the rise - they are reaching epidemic proportions and their emergence directly correlates to the industrialization of our highly chemicalized food chain.  These foods are filled with artificial ingredients, toxic chemicals, pesticides, and genetically modified ingredients.  Some of the chemical ingredients commonly used in foods within the US are banned in other parts of the world such as Europe, Australia, Japan, and New Zealand because of the recognized health concerns.

Let's take a look at the top 3 reasons why gluten has become a health issue:

In 2002, Monsanto provided its own safety evaluation to the FDA and stated that its genetically modified wheat was as safe and nutritious as conventional (non-GM) wheat.  The FDA accepted this conclusion, requiring no third party verification or independent long-term health studies.  Now, genetically modified gluten fills our supermarket shelves as a hidden ingredient in thousands of processed and refined foods.  Wheat has become the third largest crop industry in the US, worth over $10 Billion annually. 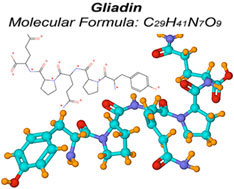 Modern wheat is very different from the wheat our ancestors ate.  Their diet consisted of a more simple grain.  Today, the amount of gluten protein in wheat has been hybridized to be a high-gluten, high-yield crop with most strains genetically altered.  There is a consequence to genetically modifying proteins.

Today's wheat grains are not only highly refined, but they contain much higher amounts of a protein called gliadin.  Some consider this an addictive toxin as it binds to the brain’s opiate receptors and stimulates our appetites, causing us to eat more of it.  Gliadin 33-mer peptide can create chronic inflammation over periods of time.

Modern wheat has shorter stalks and a shallower roots system than the wheat of old.  It contains less minerals such as magnesium, copper, zinc, iron, and selenium.

Modern genetically modified wheat is drenched with pesticidal residue, including a neurotoxin called malathion.  Such highly toxic chemicals did not exist when the grains of our ancestors were harvested.

Modern wheat is often irradiated, which changes its molecular structure.  Learn more about food irradiation and why you should avoid irradiated foods.  ...Read more

Gluten Is Often Not the Culprit 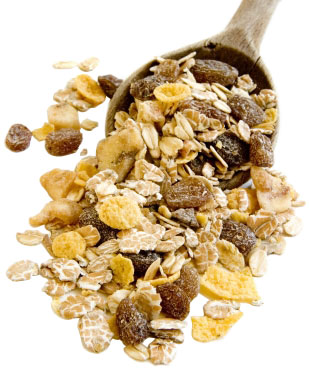 Is gluten bad?  Is gluten unhealthy?  In some circles, the subject borders on panic and has been blown completely out of proportion.  Originally, gluten-free diets were designed to combat celiac disease, a serious autoimmune disorder that causes destruction to the intestinal tract.  But today, self-diagnosing and going gluten-free for many people is becoming the "in-thing," just like popping a bunch of supplements under the illusion they enhance health.

Contrary to what you may have heard, gluten is not evil, nor is it here to destroy you.  It is simply a protein found in wheat, barley, and rye that was not only eaten in abundance by our ancestors, but is still consumed by traditional cultures today.

Depending on which diet people follow, that diet may jump on the "gluten is evil" or the "gluten is good" bandwagon.  Many raw food enthusiasts are strongly against gluten products, while others disagree and sprout them in abundance.  Paleo diets claim humans cannot handle grain consumption and that it is harmful to the body.  This is not the case.  Experts from organizations ranging from the Harvard School of Public Health, to the National Institutes for Health only recommend gluten be removed from the diet if any intolerance or sensitivity exists.

Just because one people will have a reaction to gluten, does not mean that gluten is bad for everyone.  If your neighbor's child is allergic to peanuts, do you then ban them from your child's diet?   But if you are eating the typical wheat in the American diet (genetically modified, irradiated, with pesticidal residue present) which most people are, then your chances of developing a sensitivity are much higher than if you choose to eat gluten products that are organic, non-irradiated, and non-GMO.

The industrialization of the foods that fill the supermarket shelves are the root cause of most of our health problems, not individual components of food such as gluten.  The more we consume these foods, the higher the rates of food allergies and sensitivities we suffer from.  The real problem is the addition of highly processed and chemicalized foods, (most of which now contain genetically modified gluten products such as high fructose corn syrup).

Gluten from organic, non-irradiated, and non-GMO
food sources is the only way gluten should be eaten.

Many people are now self-diagnosing themselves as having a gluten sensitivity, some because their doctor has failed to identify the cause of their health condition and they are searching for their own answers.  They conduct research on the internet and jump to the conclusion that gluten must be the culprit.  Many people who think they are gluten-sensitive really are not.  Others are now opting to eat gluten-free as an experiment to see what happens, which may or may not reveal a sensitivity.

While there is no doubt that the average gluten-containing products cause health issues for some people, there is no evidence whatsoever that organic, non-GMO, non-irradiated grains containing gluten are problematic for the average individual.

People try gluten-free diets to see if they feel better without it.  They often find that feelings of tiredness, bloat, or stomach pains are reduced or eliminated, and that other health issues disappear when gluten has been removed.  But often, this outcome is not the result of removing gluten, but rather is the result of cutting out many unhealthy refined and processed foods that contain gluten, as well as various genetically modified ingredients in their diets that include gluten.

The assumption is that gluten was the offending item, when it was the generalized lack of junk food and food chemicals.  By removing these foods, and eating high-quality gluten foods devoid of other unhealthy ingredients, many people experience the same reduction or elimination of symptoms.

Following an elimination diet for a period of time, rather than only avoiding gluten, is the only way to determine if the problem is associated specifically with gluten, or some other offending item.  It is also a great way to compare your body's reaction to gluten from only organic, non-GMO, non-irradiated sources as opposed to the average conventional gluten.

Becoming gluten-free is not a magical solution to weight loss, but rather a gluten-free diet often drastically limits the type of unhealthy and high calorie foods eaten on a junk food diet.  With fewer food choices and being forced to cut out much of the junk, weight loss is often an unintended side effect.