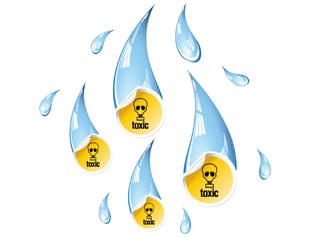 Fluoride comes from the chemical fluorine and is a common additive found in our drinking water.  Originally thought to decrease tooth decay and cavities, the CDC considers fluoridated tap water as one of the greatest public health achievements this century.  The American Dental Association also jumped on the bandwagon claiming that fluoride is effective for the prevention of tooth decay.  But medical studies have revealed a much darker side of fluoride, showing the chemical is not only neurotoxic to human brains, but also a contributor to lower IQ scores.

Fluoride is a Neurotoxin to the Human Brain

Let's take a look at studies providing evidence that fluoridated drinking water is toxic to the brain.  Although some studies are recent, others span a decade.  As with many toxic chemicals filling the American food chain and personal care products, the US government has turned a blind eye to the findings of these studies, despite the EPA raising the red flag:

Many studies have been conducted on rats, mice, fish, and ducks.  Almost every study concluded that high concentrations of fluoride are neurotoxic.  Not only that, but it was discovered that the damaging effects of fluoride are significantly increased by each generation.

This is only a small collection of many more studies that clearly show us fluoride is a toxin to both humans and animals.

Does Fluoride Protect Against Cavities?

Advocates of fluoride claim that it can decrease cavities between 18-50%, especially beneficial in preventing tooth decay in those with poor dietary and dental habits.  Studies do confirm these claims.  The question is not whether fluoride protects against cavities, it is that fluoride contributes to serious degenerative changes in the body.  Even if studies proved that fluoride could decrease cavities by more than 50%, the dangers far offset any dental benefit.

As anyone can see, the serious risks of fluoride FAR outweigh any benefits.  The benefit of using fluoride for cavity reduction is also questionable when looking at the incidences of cavities in countries that don't fluoridate their water and discovering their rates are no higher, and in some cases are lower.  The US suffers an epidemic in cavities because of the industrialized food it eats and poor dental habits - pumping fluoride in the water is a band-aid approach to a much bigger problem.

To decrease the possibility of getting cavities FAR beyond 50%, take the following two simple measures:

Eat a healthy diet free of processed food and full of nutrient-dense fruits and vegetables.
Floss daily and brush your teeth with a toothpaste free of dangerous chemicals such as fluoride.

Humans Are Not Built to Consume Industrial Toxins!

Over 90% of the fluoride in our drinking water is not actually the natural element "fluoride."  It is called hydrofluorosilic acid and is a toxic by-product derived from fertilizers and the nuclear industries.  What we are drinking is, in reality, a by-product of industrial waste.  Not only that, it is also often contaminated with trace amounts of heavy metals such as arsenic and lead.

Tips on How You Can Avoid Fluoride 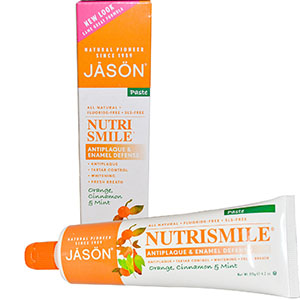 Despite the many studies proving otherwise, the US government continues to claim fluoride is safe and poses no health risk.  No steps have been taken to eliminate this chemical in our water and personal care products, or educate the public on the dangers of consuming this chemical.

Let's take a look at how you can help prevent fluoride from entering your body:

Check Out The Body Healer Protocol!

When it comes to disease, the single best prevention is to bulletproof your immune system through the power of healthy food and healthy lifestyle choices - also known as high vibrational living!  Understanding what those choices should be is easy when you sign up for the Body Healer Protocol  When it comes to restoring your mind and body to vibrant health, this powerful cutting-edge program is a no-nonsense approach that brings quick results and powerful change.